The 10 Most Successful Sticker Marketing Campaigns

The rise of technology has made advertising easier and more affordable than ever. Unfortunately, because of this advantage, we have seen an increase in thoughtless and poorly made advertisements. Companies seem to shout through megaphones at their customers in an attempt to talk over other companies doing the same thing. Reports show that not only do consumers have a negative view of advertisements but they are also much more likely to ignore and avoid them now than ever before. That’s where sticker marketing campaigns come in.

In order to delight and woo new customers, some companies do more than just throw out as much information as they can. They have to stand out with their marketing campaigns. With stickers on our minds after printing branded vinyl stickers for Brigham Young University athletic department, we wanted to dive into 10 companies that had sticker marketing campaigns that were absolutely brilliant. Here we go… 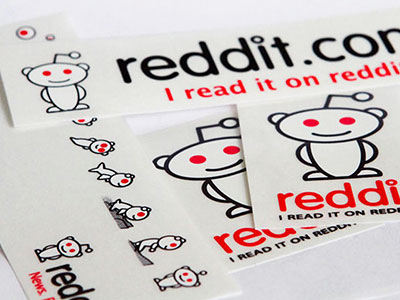 Every month, Reddit has over 1 billion unique visitors come to its site, but it wasn’t always this popular. At its conception, the company had a small advertising budget of $500. The founders knew they had limited options, so that’s when they turned to stickers. Everywhere they traveled they put stickers on posts and signs. They even gave them out to people with the request to “please sticker responsibly.” The sticker campaign paid off and later led to other grassroots campaigns that helped make Reddit the success it is today. 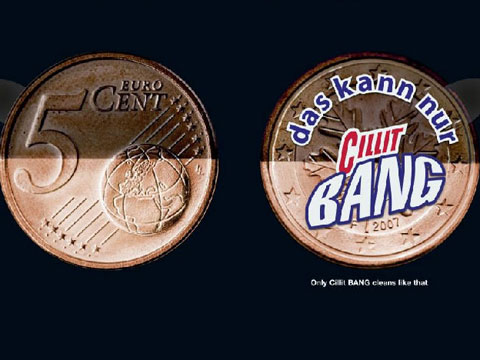 Cillit BANG is a household cleaner. To drum up extra business they placed a transparent sticker on a coin that was halfway cleaned by the product. They then gave it out as change to customers. The small sticker had a big effect. The company saw a sales lift of 337% in the markets where they implemented the campaign. 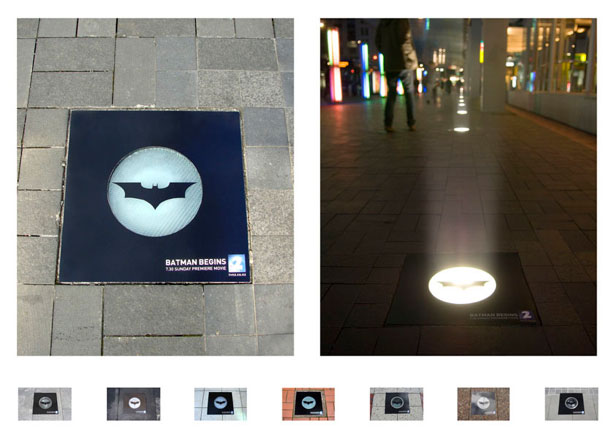 For the launch of Batman Begins on TV2, executives printed and placed stickers on top of sidewalk lights. This creative placement was meant to symbolize the bat signal in the movies, and in fact, when the lights turned on, it did just that. 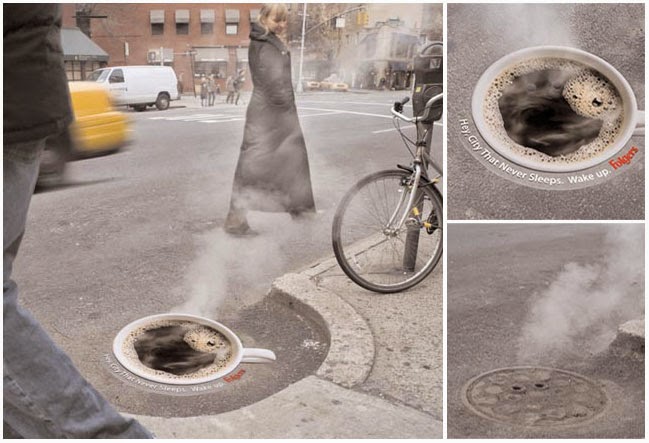 Folgers Coffee wins our most resourceful advertising award. They placed giant stickers of coffee mugs over a manhole, with holes for the steam to come out. This gave the appearance of a steaming cup of coffee in the middle of the streets. For people walking on the streets, the advertisement placement and creativity brought a delightful and entertaining stop on their way to work.

The United Nations Children’s Fund (UNICEF) wanted to show people the importance of helping out other countries. Instead of mounting their stickers on the walls or signs, they allowed their stickers to stick to people. They camouflaged the stickers on the floor, adhesive side up so they stuck to people’s shoes as they walked over them. When the people tried to remove it they found a landmine image on the other side that informed them that in other countries they would already be dead. 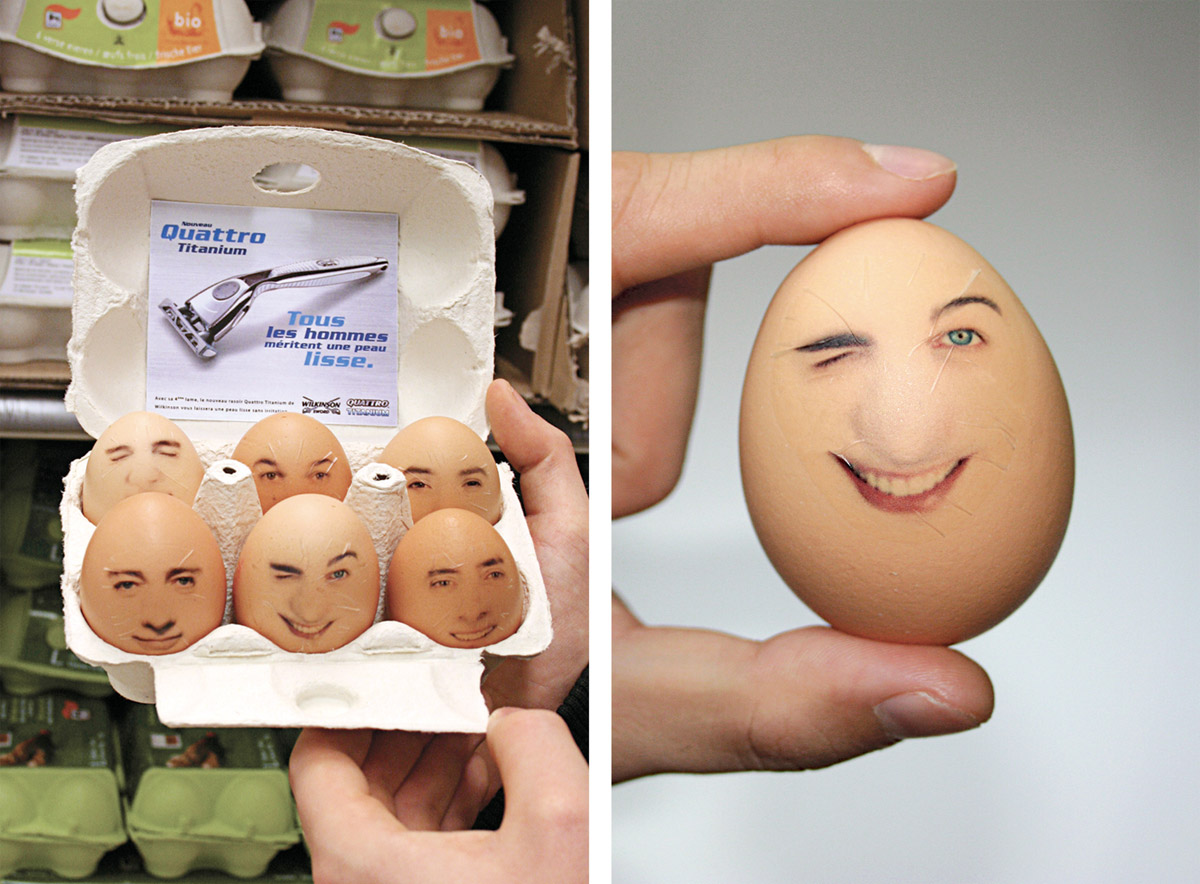 Wilkinson placed stickers of men’s faces on eggs in supermarkets and complimented them with an advertising flyer on the back of the egg carton. Every time the consumers opened the carton they got a glimpse of the promotion and branding. This simple sticker marketing campaign cracked open new markets for Wilkinson. To be honest, we think it was really quite EGG-celent. 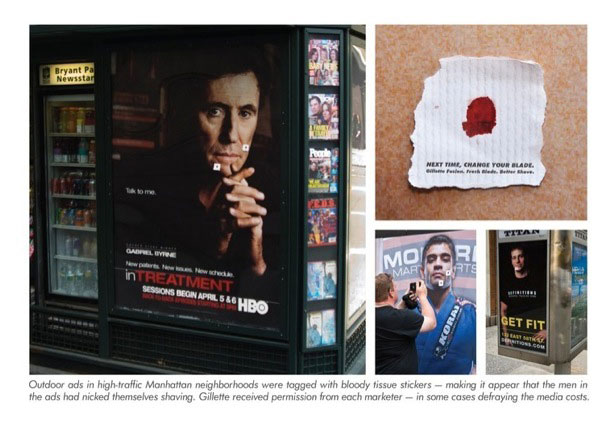 Gillette launched a strategic marketing campaign using stickers smaller than a palm. Instead of paying for their own campaigns to reserve outdoor ads and signs in Manhattan, they simply placed a small sticker on the ones already there. The sticker looked like a bloody tissue and stuck on faces to make it look like the person nicked themselves shaving. The stunt quickly gained traction and publicity in the area. It’s important to note, however, that before placing the stickers they got permission from the marketers. 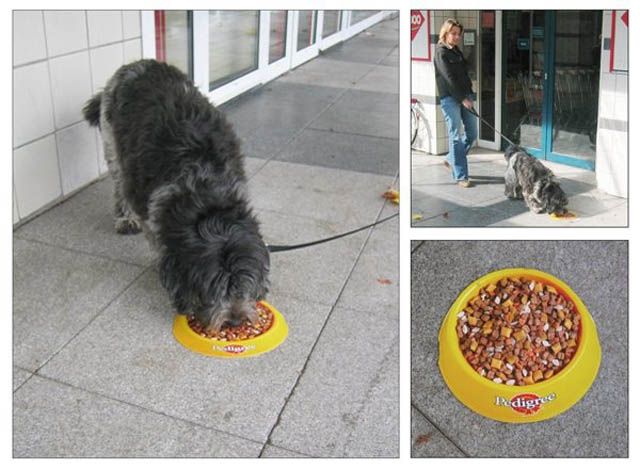 Pedigree’s sticker marketing campaign not only put stickers down of dog food, but they also sprayed those stickers with essence of the Pedigree dog food. Dogs on the street would run to the sticker and start licking and sniffing the sticker. The irresistible sticker helped to show the owners exactly what food their dogs like. Even better these stickers were placed right in front of supermarkets and pet stores, so it was on the owner’s minds as they made their purchase decisions. 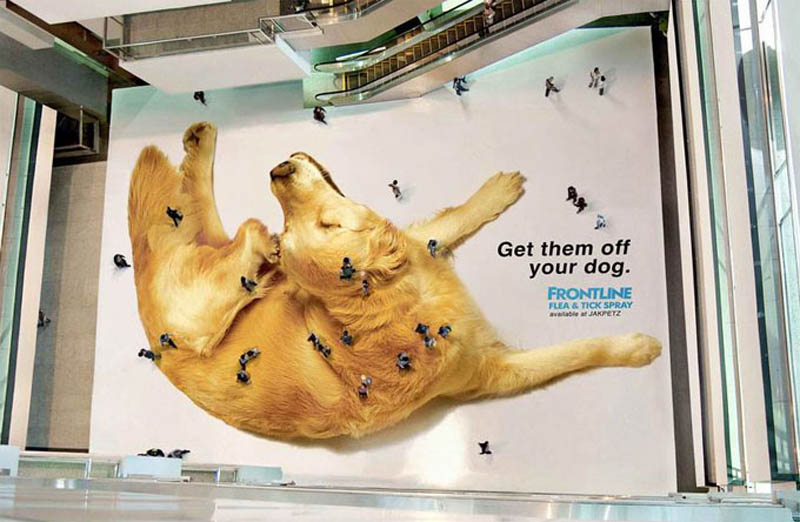 Frontline’s sticker marketing campaign swept the floor, and we mean that literally. They placed a giant image of a dog scratching itself on the first floor of a multiple tiered building. The image was placed in an atrium where everyone could look down from higher floors. What they saw was the dog covered with what looked like fleas scurrying all over him. In reality, the fleas were just the people on the first floor walking around. 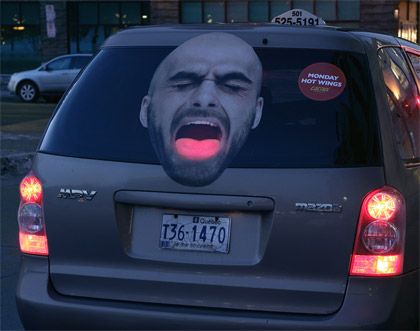 Le Cactus wanted to show off the heat of their spicy wings, so they put a picture of a man screaming on the back of taxis. They lined up the stickers up perfectly that the man’s tongue laid over the brake light. Every time the brakes were touched the tongue would appear like it was burning. At the end of the campaign, the restaurant reported increased traffic, brand recognition, and best of all— tingling tongues.

In the past, advertisements used to draw people’s attention. Now, however, companies carelessly and shamelessly use them to get people’s money without offering any benefit in return. Consumers aren’t settling for it. The secret that made each of these sticker marketing campaigns successful is that they did more than just ask for money in exchange for a product. They provided something of value for the viewers as well, even if it was just a moment of entertainment.

Let Alexander’s help you delight and find customers with your very own sticker marketing campaign. Request a custom quote or find out how we can meet the needs of your business below!

Alexander's is a full-service print and fulfillment and marketing communication firm in Lindon, Utah.